Families generally take care of their own, especially the British royal family; it’s one of the reasons the Windsors have survived for so long.

This must be more obvious now to American federal prosecutors pressuring Prince Andrew, the shamed Duke of York, to help them with their investigation of two of his friends: the late Jeffrey Epstein, a convicted sex offender, and Ghislaine Maxwell, the woman who’s accused of helping Epstein recruit, groom and abuse girls.

How’s it going so far? Not so good, although we don’t know what might be happening between governments behind closed doors in both countries, which have long enjoyed a “special relationship” as allies.

But publicly, things appear to be at a stalemate in the struggle between the son of a sovereign and the federal Southern District of New York, where Epstein died in jail last year and where Maxwell has just been locked up on sex-trafficking charges until a trial next year. 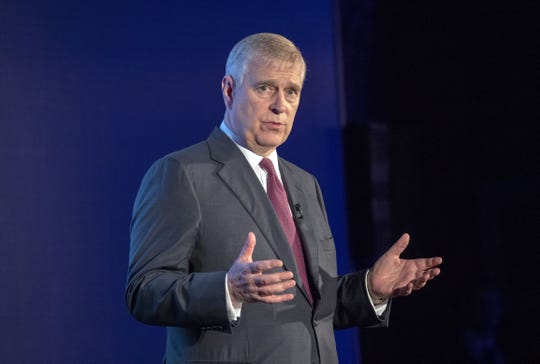 Here’s an update on the situation:

What do prosecutors want from Andrew?

They want him to “help with their inquiries,” as the British police usually put it. The Americans want him to talk to them as an alleged witness about their investigation of Epstein’s and Maxwell’s alleged sex-trafficking of teen girls.

So far, they have not explained publicly exactly how that assistance would work or where it would take place. Andrew is not charged with or suspected of a crime, his lawyers have said. Also, the continuing COVID-19 pandemic complicates matters because of quarantines and lockdowns.

Since Andrew and Buckingham Palace continue to protest his innocence and ignorance of any wrongdoing, it seems unlikely that royal lawyers are going to allow him to fly to New York for a chat that carries even the remote potential of ending with his arrest.

What have prosecutors got so far?

The former U.S. Attorney for the SDNY, Geoffrey Berman, took the unusual step of publicly declaring in January that Andrew had provided “zero” cooperation, despite earlier promises to do so. Andrew had “completely shut the door on voluntary cooperation,” Berman said.

Five months later, Berman was fired by U.S. Attorney General Bill Barr, apparently for other reasons. But Berman’s replacement renewed the call for Andrew to “come in.” 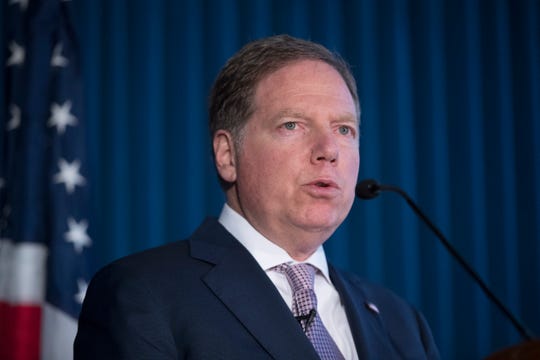 “We would welcome Prince Andrew coming in to talk to us. We would like to have the benefit of his statement,” said Audrey Strauss, the acting U.S. attorney in Manhattan, in announcing Maxwell’s arrest this month.

Andrew, according to his legal team, has three times offered his assistance to the Americans.

“Unfortunately, the (Justice Department) has reacted to the first two offers by breaching their own confidentiality rules and claiming that the duke has offered zero cooperation,” the lawyers’ statement said. “In doing so, they are perhaps seeking publicity rather than accepting the assistance proffered.”

What about the Mutual Legal Assistance Treaty between the U.S. and U.K.?

Last month, according to anonymous sources leaking to media in both countries, the Justice Department formally requested that British authorities interview Andrew in connection with the Epstein investigation under the treaty governing mutual assistance in criminal cases.

This process is opaque by design. But it’s not hard to imagine that Andrew’s legal team would resist such a move since it’s reserved for criminal cases.

In their previous discussions with federal prosecutors, the prince’s lawyers said they were “advised … that the duke is not and has never been a ‘target’ of their criminal investigations into Epstein and that they sought his confidential, voluntary cooperation.” 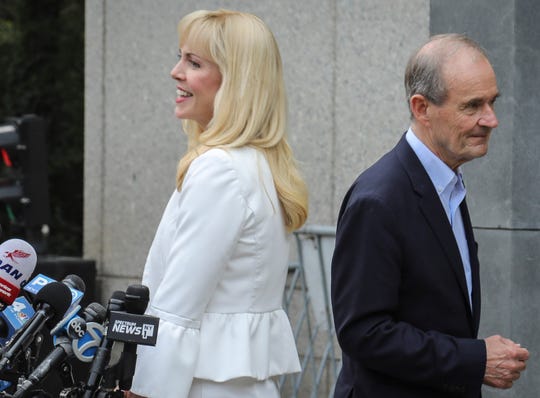 Who else wants to grill Andrew?

Who doesn’t? For months, American accusers of Epstein have been publicly assailing Andrew for failing to submit to prosecutors, led by Virginia Roberts Giuffre, who says she was forced to have sex with Andrew in 2001 when she was 17.

Lawyers for these accusers, including Gloria Allred; her daughter Lisa Bloom; and David Boies, who represents Giuffre, have regularly appeared in the media in the U.S. and in Britain since Epstein died, hinting that Andrew knows something about sex crimes and insisting that he talk to them and to investigators.

Last year, Boies told the BBC that he planned to serve subpoenas to force the prince to testify as a witness in the civil cases he’s pursuing. Andrew says he has no information on sex trafficking and never saw anything suspicious during his visits to Epstein’s homes. In an interview in May with The Mail on Sunday, Boies said he has reached out to Andrew and his lawyers and been ignored.

Last week, Allred, who represents 17 Epstein accusers in civil suits, went on Fox News’ “The Story” to continue the pressure on Andrew.

“It’s time for Prince Andrew to stop dragging his feet, making excuses,” Allred said. “He needs to just step up to the plate, as many other people have, and tell everything that he knows sooner rather than later. The victims deserve it.” 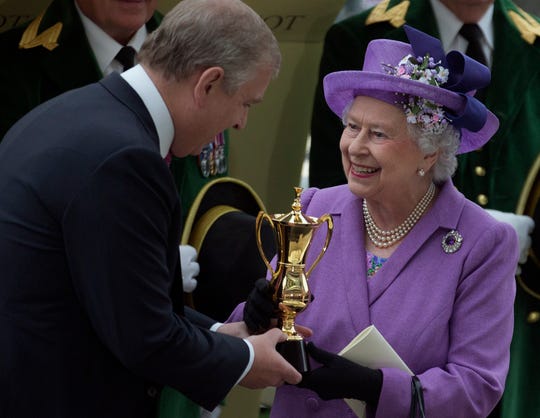 Prince Andrew, the Duke of York, presents his mother, Queen Elizabeth II, with a trophy after her horse Estimate won the Gold Cup at Royal Ascot in June 2013. (Photo: Alastair Grant/ AP)

How have the Windsors responded to the Andrew problem?

Andrew, eighth in line to the throne, is said to be Queen Elizabeth II’s favorite of her four children, so subjecting him to a forced early retirement could not have been easy, if necessary.

The queen has made several subtle but public gestures of support for Andrew while at the same time making sure he’s not front and center. When Andrew’s elder daughter, Princess Beatrice, got married in private last week, her dad walked her down the aisle, the palace said, but he was nowhere to be seen in the official photographs.

Instead, her grandparents, the queen, 94, and Prince Philip, 99, stood socially distanced beside the bride and groom – and beamed.

“The Queen shows support for scandal-hit Andrew by attending Princess Beatrice’s surprise wedding,” said the headline in The Sun, a fierce critic of the prince. 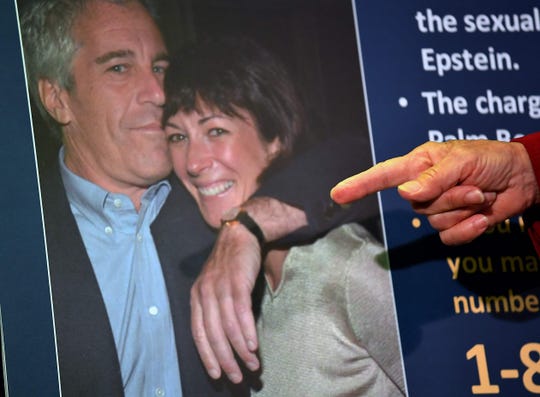 A photo of Ghislaine Maxwell with Jeffrey Epstein as federal authorities announce charges against her during a news conference in New York on July 2, 2020. (Photo: JOHANNES EISELE, AFP via Getty Images)

This appears unlikely, thus the public pressure campaign against Andrew.

Lawyers dismiss the possibility that Andrew could face criminal charges in the U.S., partly because of the statute of limitations and partly because he arguably would have immunity as a foreign royal.

British law has to be taken into account, too: According to The Independent in London, if a subpoena were issued to compel his testimony in the U.S., he would not be obliged to comply unless he happened to be in the U.S.

“Certainly, if he ever came back to the United States, that would be one of the first things that I’m sure a lot of lawyers, including me, would want to do,” Allred told BBC Radio in January.

Also, the British Evidence Act of 1975 says “a person shall not be compelled … to give any evidence if his doing so would be prejudicial to the security of the United Kingdom.” Indicting the queen’s son would likely fall into that category.

Ghislaine Maxwell, longtime associate of Jeffrey Epstein, has been arrested as part of the continuing federal inquiry into the child sex trafficking.

How did Andrew know Jeffrey Epstein?

According to British media, they were friends for more than two decades; their relationship is often cited as evidence of Andrew’s alleged poor judgment.

The Guardian reported that Andrew met Epstein in the 1990s after being introduced by Maxwell, Epstein’s girlfriend and employee at the time.

In 2011, Andrew’s ex-wife, Sarah Ferguson, Duchess of York, to whom he is still close, acknowledged that Epstein had once loaned her money to pay off her debts. According to The Telegraph, she apologized for a “gigantic error of judgment.” 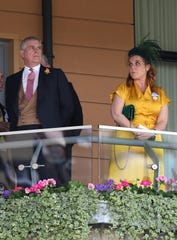 How does Andrew know Maxwell?

Andrew and Maxwell also go way back: In his BBC interview, he said he knew Maxwell when she was an undergraduate at Oxford in the 1980s, and later she was a key element in his friendship with Epstein.

Maxwell eventually became a leading London socialite, frequently pictured at parties, galas and royal social events, including with Andrew. She became an American citizen and made new and powerful friends, including President Donald Trump and former President Bill Clinton, whose daughter’s wedding she attended in 2010.

Epstein and Maxwell were pictured with Trump and his now-wife Melania at Mar-a-Lago in 2000. On Tuesday, Trump offered sympathetic words to Maxwell, whom he’s met “numerous times” in Palm Beach. “I just wish her well, frankly,” Trump said during a news conference.

The pressure on Andrew has increased with Maxwell’s arrest, but one of Maxwell’s friends, a former investment banker named Laura Goldman, predicted to multiple British outlets that Maxwell would never turn on Andrew.

How did the allegations against Andrew come to light?

In early 2015, Giuffre accused Epstein, Maxwell and others of paying her as a teenager to sexually service Epstein, Andrew and some of Epstein’s other rich friends.

She made these claims, denied emphatically by Andrew and Buckingham Palace, when she was seeking to join a lawsuit filed in Florida against Epstein.

What did Andrew and the palace say at the time?

In a rare move, Buckingham Palace issued three increasingly emphatic statements in early January 2015 denying that Andrew had sex with Giuffre at any time or with anyone else underage.

And in an even rarer move, a few weeks later Andrew himself issued a denial when he appeared in Davos, Switzerland, where he hosted a British trade reception.

“I just wish to reiterate and to reaffirm the statements which have already been made on my behalf by Buckingham Palace,” Andrew said, according to The Associated Press. He went on to say, “My focus is on my work.”

British royals do not usually go public to denounce accusations the way Americans routinely do. Most of the time, palace spokespeople don’t even bother to issue denials about the deluge of allegations -– real, ridiculous or imagined.

But this was different: It was a potentially ruinous allegation, worse than anything else that has been thrown at the royals.

Andrew was reported to have told the queen that he was innocent. And his ex-wife, Sarah, jumped to defend him a few days after the allegations surfaced.

“He is the greatest man there is,” she told reporters. “The best man in the world.”