New streaming movies are coming to entertain you and your family during socially distanced times.

This weekend, Millie Bobby Brown (of “Stranger Things” fame) gets her own Netflix adventure, Disney+ has a new young-adult heroine in a princess/superhero mashup, Keira Knightley and Gugu Mbatha-Raw star in a real-life 1970s feminist tale, and there’s a super-sweet new documentary about French history and desserts.

If you’re feeling the itch to get back to the movies in person, and there’s a drive-in or it’s safe enough to return to your local theater, writer/director Miranda July’s crime comedy “Kajillionaire” arrives Friday starring Debra Winger and Richard Jenkins as con artists, Evan Rachel Wood as their daughter and Gina Rodriguez as a stranger they recruit for their latest scam. Also, in honor of the late Ruth Bader Ginsburg, the documentary “RBG” and “On the Basis for Sex” (starring Felicity Jones as the Supreme Court justice in her early years) are being re-released in theaters, with proceeds going to the American Civil Liberties Union’s Women’s Rights Project.

Ranked: All the best movies we saw at New York Film Festival

But if you’d rather stick closer to home, here’s a rundown of new movies hitting streaming and on-demand platforms this week, for every cinematic taste: 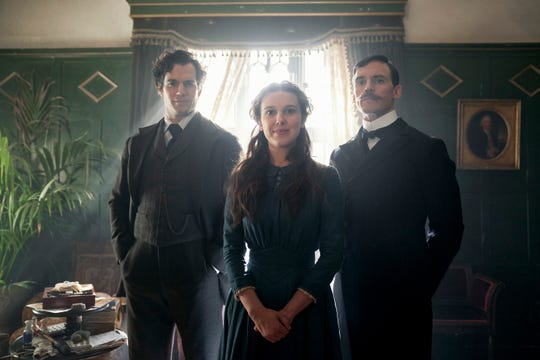 If you like girl power with your whodunits: ‘Enola Holmes’

Brown makes the most of her first lead action-adventure role playing the 16-year-old sleuthing sister of London’s celebrity detective Sherlock (a very game Henry Cavill). Enola seeks out her missing mom (Helena Bonham Carter), reconnects with – and warms the heart of – Sherlock, tussles with her stuffy oldest bro Mycroft (Sam Claflin), does jiu jitsu on bad guys and gets involved in the case of a runaway teenage lord (Louis Partridge) in a zippy coming-of-age tale. 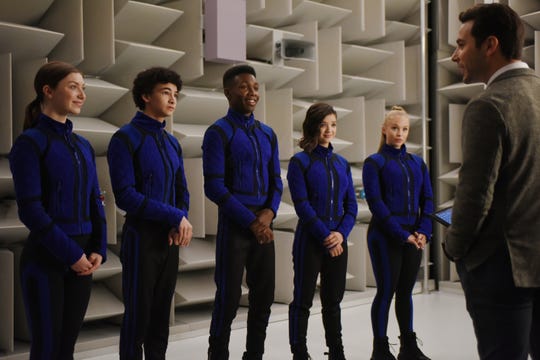 If you’re curious to see the Disney equivalent of an iffy peanut butter and jelly sandwich: ‘Secret Society of Second-Born Royals’

The Mouse House does superheroes and princesses arguably better than anyone, but hoo-boy, they don’t go well together in this fail of a teen fantasy where second-born royal kids have powers and protect a fictional European kingdom where everyone inexplicably has American or British accents.Peyton Elizabeth Lee stars as a rebellious punk princess with extraordinary senses who gets recruited for a secret supergroup by a tough-love teacher (Skylar Astin). 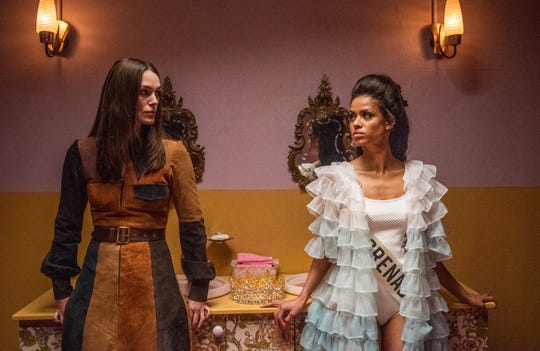 If you happen to love feminism as well as beauty pageants: ‘Misbehaviour’

Impressive casting can’t fix this way-too-busy dramedy about the time a group of Londoners from the women’s liberation movement disrupted the 1970 Miss World competition. You can’t beat a lineup that features Knightley and Jessie Buckley as a couple of the feminist ringleaders, Mbatha-Raw as Miss Grenada and Greg Kinnear (with some facial prosthetics) as Bob Hope – that is, unless you involve them all in way too many subplots that never sync successfully.

Where to watch:Apple TV, Vudu, FandangoNOW 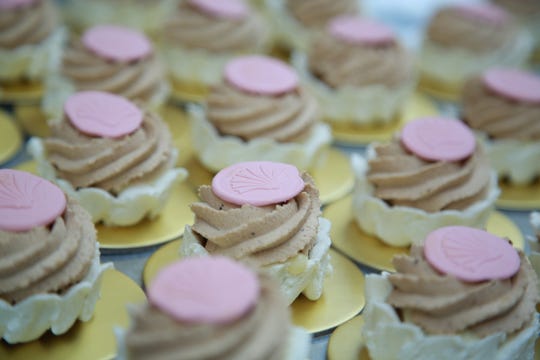 Sweet treats and history are on the menu in the documentary “Ottolenghi and the Cakes of Versailles.” (Photo: IFC FILMS)

If you’re craving baked goodness: ‘Ottolenghi and the Cakes of Versailles’

In the mouth-watering documentary, celebrity chef Yotam Ottolenghi is put in charge of a decadent, dessert-packed affair at the Metropolitan Museum of Art to honor the culture of 18th-century Versailles. Ottolenghi puts together a dream of culinary masters (including the guy who invented the cronut) to craft cakes, jellies and more. It sometimes turns into an episode of “Top Chef,” with petty bickering in the kitchen, but the best stuff is when the film examines the food as metaphor for the excess and exclusion in pre-revolutionary France. 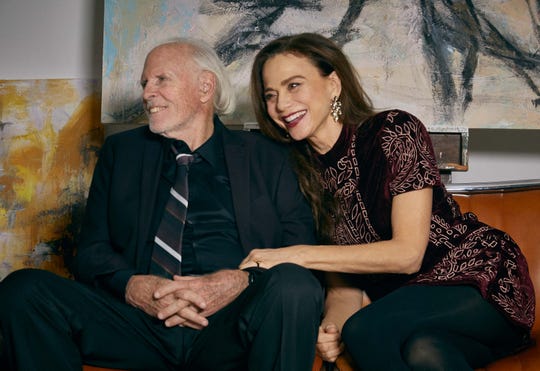 Bruce Dern stars as a famous painter diagnosed with Alzheimer’s and Lena Olin is his caring spouse in the relationship drama “The Artist’s Wife.” (Photo: MICHAEL LAVINE)

If your parents need a movie recommendation: ‘The Artist’s Wife’

There’s a 1970s flavor to this old-school relationship drama starring Lena Olin as Claire Smythson, the wife of a famous abstract painter (Bruce Dern) whose Alzheimer’s diagnosis is beginning to affect his art as well as his teaching. Claire reaches out to her estranged stepdaughter (Juliet Rylance) so she and her dad can heal some wounds before it’s too late, but as Claire struggles in dealing with her increasingly unpredictable husband, she also begins to rediscover her own artistic side.

Tommy Dewey plays a family man feeling trapped in his work life and at home with his wife (Minka Kelly) in the dramedy “She’s in Portland.” (Photo: TILT/SHIFT FILMS)

If you dig complicated bromantic comedies: ‘She’s in Portland’

Part buddy road trip and part dudes having quarter-life crises, the decent dramedy stars Tommy Dewey (“Casual”), a family man who needs an escape from his work and home life with his wife (Minka Kelly). He embarks on a journey from Los Angeles to Portland so his best friend (Francois Arnaud) can reconnect with the college crush that got away. Both guys need to figure a bunch of stuff out, and it’s a good reminder that coming-of-age movies aren’t just for hormonal teenagers.