THE HOUSTON ROCKETS‘ culture in the James Harden era, which bridges two owners and now four head coaches, might be best summed up by a former staffer’s three words:

Unless they were on the front end of a back-to-back set, it was essentially a sure thing that the Rockets stayed overnight — or even an extra day — after games in Los Angeles, Phoenix and other road cities that rank among Harden’s favorite stops.

If the Rockets had two or three days between games, it was a good bet Harden would call for an off day and charter a private jet to party in Las Vegas or another city. He always gets an excused absence from the first practice after the All-Star break for the same reason.

“Just James being James,” those currently within the franchise say. But these circumstances are drastically different than at any previous point of the perennial All-Star’s eight-year Houston tenure.

Harden has pushed the Rockets to upgrade every offseason, saying he would want to be traded if they couldn’t contend, sources said. And he had final say on things beyond just travel and practice schedules as well. He could call the shots on personnel moves, both on the roster and the coaching staff, a power he flexed to push for the firing of head coach Kevin McHale and departures of co-stars Dwight Howard and Chris Paul, sources said.

And the Rockets considered it good business to do what Harden wanted to keep a historically elite player happy. But when Harden tried to rush the Rockets to trade him in recent weeks despite the lack of an offer that they considered fair value, it wasn’t the annual ultimatum for improvement. It was something more.

By leaving the Rockets twisting in the wind while camp opened with little communication, Harden made his absence the focus of rookie head coach Stephen Silas’ first days of practice. And by blowing off the NBA’s COVID-19 protocols, partying maskless during the pandemic and boasting about it on Instagram, Harden revealed what could come if he doesn’t get his way.

Teams that can make real offers for James Harden

MULTIPLE ROCKETS OFFICIALS acknowledge that the entire organization has been “complicit” in the culture that has been created over the past eight years.

“We knew who the boss of the organization was,” a former Rockets assistant coach said. “That’s just part of what the deal was when you go to Houston. The players, coaches, GM, owner all know.

“I don’t blame James. I blame the organization. It’s not his fault. He did what they allowed him to do.”

Yet there is not a consensus among current and former Rockets officials and staffers that empowering Harden to such extremes was the wrong path. The Rockets were trending toward NBA irrelevancy before Harden’s arrival in Houston, missing the playoffs each of the previous three seasons.

Former Rockets general manager Daryl Morey took a calculated risk in projecting that the reigning Sixth Man of the Year would become a bona fide superstar when he shipped Kevin Martin, then-rookie lottery pick Jeremy Lamb and a package of NBA draft picks to the Oklahoma City Thunder for Harden. The Rockets haven’t missed the playoffs since, the only franchise that can make that claim.

“If they have multiple days off, everybody knows: James is going to fly somewhere else and party. But he’s going to come back and have a 50-point triple-double, so they’re OK with it.”

Houston hasn’t accomplished its ultimate goal during its run with Harden, advancing to the Western Conference finals twice but never past that point. But the brilliance of Harden, the 2017-18 MVP and a top-three finisher in the balloting four other times over the past six years, provided Houston realistic hope of contending that only a handful of teams have each season.

He’s also one of the sport’s most durable stars, routinely ranking among the league leaders in minutes and often playing through injuries such as sprained ankles and shoulder bruises that would cause other players to rest. All these things made it easy for the Rockets to look the other way when it came to Harden’s hard-living lifestyle.

“If they have multiple days off, everybody knows: James is going to fly somewhere else and party,” a member of last season’s coaching staff said. “But he’s going to come back and have a 50-point triple-double, so they’re OK with it.”

But the lack of discipline and attention to detail hasn’t been OK with Paul and Russell Westbrook, ultimately leading to breakups between Harden and those two stars.

The peak of the franchise’s Harden era came during Paul’s first season in Houston, when the Rockets had a league-best 65 wins during the regular season and built a 3-2 lead over the Golden State Warriors in the Western Conference finals. But the Rockets lost the last two games of that series with Paul sidelined — “a hamstring away” is a phrase that will forever haunt Houston fans — and the chemistry between the ball-dominant co-stars blew up the following season.

One of Paul’s biggest beefs, sources said, was that Harden basically opted not to participate in the Rockets’ offense when the ball wasn’t in his hands, sometimes barely stepping over half court while spectating when Paul had the ball. Harden quickly tired of Paul barking about his concerns, which included lobbying coach Mike D’Antoni to implement more structure and movement in an offensive system that revolved around Harden’s isolations, sources said.

Rockets management believed those issues could be ironed out and wanted to run it back with the Harden-Paul duo last season. Those plans changed as soon as Westbrook became available. 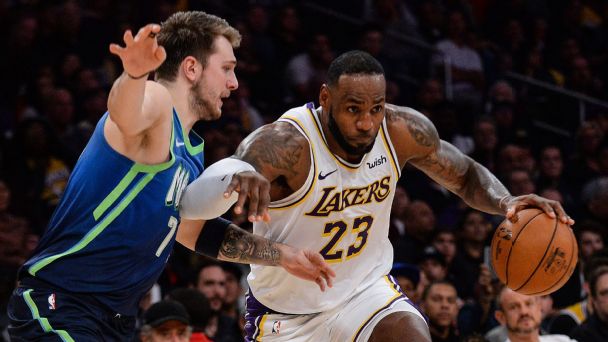 The new season is fast approaching. Keep it here for all the latest rankings, projections and storylines to watch ahead of 2020-21.

What this drastic rest disparity means
• Games to watch | Must-see Christmas battles
• How will this NBA season actually work?
•

Win projections for all 30 teams
•

Harden insisted the Rockets get the deal done, saying he’d demand a trade if they didn’t find a way to bring his childhood friend and former OKC teammate to Houston, sources said. The Rockets paid a price that was considered steep at the time — Paul, 2024 and 2026 first-round picks, and swap rights in 2021 and 2025.

Sources said Westbrook frequently expressed his displeasure during the season with not being able to “play my game,” as he put it. There were questions about the Harden-Westbrook fit when they were pushing to play together again, including D’Antoni privately expressing his concerns, sources said.

Those concerns were quieted, internally and externally, when Westbrook thrived after the Rockets’ switch to small ball opened up the floor. He averaged 32.2 points, 8.2 rebounds and 7.0 assists per game while shooting 53.1% from the floor over a two-month span before the coronavirus pandemic halted the season.

HOUSTON’S CASUAL CULTURE appalled Westbrook. In Oklahoma City, despite the fact that he enjoyed the same sort of superstar privileges as Harden has had in Houston, the Thunder operated with the discipline of a military unit under Westbrook’s watch. The Rockets were a stark contrast, especially last season under D’Antoni, who was never known as a disciplinarian and who was a lame duck in the last year of his contract after extension negotiations infamously fizzled twice over the summer.

Westbrook didn’t tolerate tardiness. With the Rockets, scheduled departure times were treated as mere suggestions by Harden and others.

“Nothing ever starts on time,” a former Rockets staffer said. “The plane is always late. The bus is never on time. … It’s just an organized AAU team.”

On one occasion in the Florida bubble, Harden waited to get his daily COVID-19 testing until just before the Rockets’ film session was scheduled to start. When he wasn’t on time, Westbrook barked, “Start the film! Start without him!” D’Antoni explained that they’d just have to start over when Harden arrived, which didn’t do much to calm Westbrook.

Whether Westbrook or Harden wanted out first isn’t clear, but they no longer wanted to play together, a season after the Rockets mortgaged their draft future to make it happen.

Adrian Wojnarowski reports the latest on James Harden after the Rockets star said he is still seeking a trade despite John Wall’s arrival.

Morey, the man who negotiated that deal with owner Tilman Fertitta’s approval, made his exit before either star asked to be traded. Rafael Stone, who was promoted to general manager after Morey’s resignation and move to become president of basketball operations for the Philadelphia 76ers, was left to deal with the messy aftermath.

As one high-ranking Rockets source told ESPN in November, the franchise was “willing to get uncomfortable” by going into the season with disgruntled superstars on the roster. The Rockets ended up trading Westbrook just before camp opened, sending him to the Washington Wizards for John Wall (fresh off a two-year injury layoff) and a protected future first-round pick, an admission that the previous offseason’s deal to acquire Westbrook was a disastrous decision.

But Houston has its heels dug in regarding Harden, refusing at this point to consider an offer unless it includes a young franchise cornerstone and a bundle of first-round picks and/or promising players on rookie deals. Sources say Harden, who had been singularly focused on trying to force his way to the Brooklyn Nets, has indicated to the Rockets that he would be agreeable to a trade to the 76ers or other select contenders.

After the Rockets let it be known they would not be swayed by unhappiness, Harden delayed his arrival to camp, instead choosing to hang out with rapper Lil Baby — gifting his friend a Prada bag stuffed with honey buns, a $100,000 brick of cash (aka a “Honey Bun”) and a Richard Mille watch worth well into six figures for Lil Baby’s birthday — while leaving Silas hanging.

Harden reported to the Rockets on Dec. 8, a week after his teammates, tested negative for the coronavirus for an NBA-mandated six consecutive days and finally practiced with the team on Monday. He had a “good conversation” about basketball strategy with Silas, according to the coach, who had minimal communication with his point guard until that point.

On Wednesday, Harden spoke to the media for the first time since his late arrival to training camp but did not directly answer questions about his desire to be traded.

The Rockets hope Harden, who played 21 minutes in Tuesday’s preseason victory over the San Antonio Spurs, will be professional as they patiently explore the trade market, searching for a deal that wouldn’t doom the franchise to a long, painful rebuild.

“The Rockets turned the organization over to James, and now they have to live with the fallout.”