USA TODAY’s Brian Truitt looks back on his 10 best films of 2020. Some weren’t released until December because of the pandemic’s effect on Hollywood.

Mike Fenton, the casting director behind some of Hollywood’s most beloved films including the “Back to the Future” movies, “Raiders of the Lost Ark,” “E.T.: The Extra-Terrestrial” and “The Godfather Part II,” has died at age 85.

Fenton racked up an impressive resume casting movie and TV projects for more than 50 years, became a frequent collaborator with filmmakers including Steven Spielberg, and co-founded the Casting Society of America in 1982.

“His remarkable accomplishments and his incredible work in elevating the awareness and appreciation of the craft of casting defines his legacy in the entertainment industry,” CSA co-presidents Russell Boast and Rich Mento said in a statement. 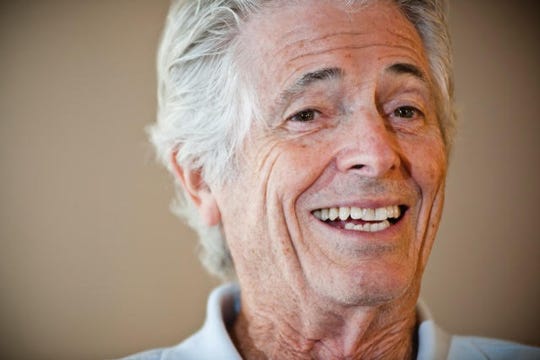 Mike Fenton, the casting director for such beloved films as “Back to the Future” and “E.T. the Extra-Terrestrial,” has died at age 85. (Photo: CSA)

Fenton’s son Mick told The Hollywood Reporter that he died Wednesday of natural causes at his Los Angeles home.

An LA native, Fenton worked on many Spielberg productions in his career, including the filmmaker’s 1974 feature debut “The Sugarland Express,” the first three Indiana Jones movies, “Poltergeist,” “The Goonies,” “E.T.,” the “Back to the Future” trilogy and his “Amazing Stories” TV show.

Mike Fenton, who was inarguably one of the top casting agents in our industry for decades and essential to key Steven Spielberg and Amblin Entertainment films, has passed at the age of 85.

Steven Spielberg pays tribute to Mr. Fenton today as we at Amblin note his passing. pic.twitter.com/k6Badz6I2p

“Working with Mike Fenton was like working in a candy store — he made casting a blast,” Spielberg said in a statement through his Amblin Entertainment production company. “His fervent support of actors was the stuff of legend, and after landing a part, any actor’s smile was rarely as wide as Mike’s. He didn’t just support actors, he launched crusades. And he was a pretty good actor himself, as he would always read off-camera dialogue to create energy and mojo for the person reading for the part.

“Much like the actors for whom he advocated, Mike loved his role — and those around him loved him so much, and I will miss him dearly.”

Fenton also worked on such films in the 1970s and ’80s as “American Graffiti,” “Chinatown,” “Young Frankenstein,” “One Flew Over the Cuckoo’s Nest,” “The Bad News Bears,” “Aliens,” “Blade Runner,” “A Christmas Story” and “Footloose.”

A Conversation with Mike Fenton

Our 35th Artios Awards Ceremony will take place on January 30, 2020 in Los Angeles, New York City and London. In celebration of our 35th year, we are turning back to take a look at the history of our craft. Week 2 of the #CSAarchivalproject goes ‘Back to the Future’ with casting legend and CSA co-founder, #MikeFenton.

Posted by Casting Society of America on Friday, September 20, 2019

Director Joe Dante paid tribute on Twitter Friday, calling Fenton “one of the best casting directors in the business” after collaborating with him on “Twilight Zone: The Movie,” “Innerspace,” “The Burbs” and the HBO TV movie “The Second Civil War.” ” I never met anyone who loved their work more.”

Fenton attended UCLA film school in the 1950s wanting to be a director but ended up working first in the mailroom and then as a talent agent at MCA before signing on as a casting director with Paramount in 1963.

“Casting turned out to be a joy,” Fenton said in a CSA conversation last year. “One puts together the psychological and the physical attributes of the person you’re casting. Who best can play that part? And as a casting director, do you cast that part … because of the look or do you cast it based on their ability? It’s always a challenge for the casting director. That’s the art of casting.”